This line of Ramcharitmanas proved to be correct once again. After all the disputes, when the date of the Bhoomi Poojan of the grand Shri Ram temple in Ayodhya was fixed, Saket Gokhale, sitting in the lap of the Congress Crown Prince, started to put a new bottleneck, but the way the court rejected his petition It is said to be imaginary, today a wave of joy has run among the devotees. They consider it to be a small hallmark of Lord Rama’s glory.

Now when Prabhu Shriram is mentioned, then it is important to mention the evil powers. Such evil powers occur in every age.

Those who do not have the courage to strike from the front, they find pawns and with their support they try to fulfill their selfishness. As the so-called youth leader of the Congress, Rahul Gandhi did, to put a hindrance in worshiping the land of Ram temple. At the behest of Rahul, a petition has been filed in the High Court against Bhumi Pujan of Ram temple. He can choose to deny the charge, which is among them, but the photos would not converse with lies. His closeness with Gokhale does not require any proof.

RTI activist Saket Gokhale has filed a petition in the High Court objecting to the Bhoomi Pujan of the Ram temple in Ayodhya during the Corona period. Saket is so close to the Congress that if he is called a puppet of Rahul Gandhi, it will not be wrong. Running a campaign in support of Rahul and leading anti-PM Modi campaigns has been his history. In such a situation, their concern about corona, neither proper ‘concern’ nor their aim is to save people from infection. They only want to save Rahul Gandhi, whose politics is dying due to lack of issues.

Indeed, PM Modi’s tenure, Rahul Gandhi and the Congress have become an issue less. They do not know what to do to keep their existence alive. That is why they have conspired to make Saket a pawn and to play with the faith of Hindus. However, the plot was to have exposed the hypocrisy of Gandhi, which he made to influence the Hindu votes in elections. Rahul visited temples, wore janeu, but now it has become clear once again that ‘Hindus’ are never included in the Congress ideology.

Gokhale’s argument probably does not bother anyone if his objective is not linked to the fulfillment of the objective of a political party. It is well known that the Congress was never in favor of Ram temple. He never wanted the faith of Hindus to be respected. Its leaders also continued to speak against the court’s decision.

Saket’s background tells that every step of his is at the behest of Rahul. Some time ago he himself said that ‘I joined the Congress when Rahul Gandhi became Congress President, under Rahul’s leadership, youth like me got the chance to enter politics despite being from a non-political family. When he resigned last year, I separated myself from the Congress and started working independently. Now there will be someone who refuses the Congress ‘hand’ in Saket’s petition. 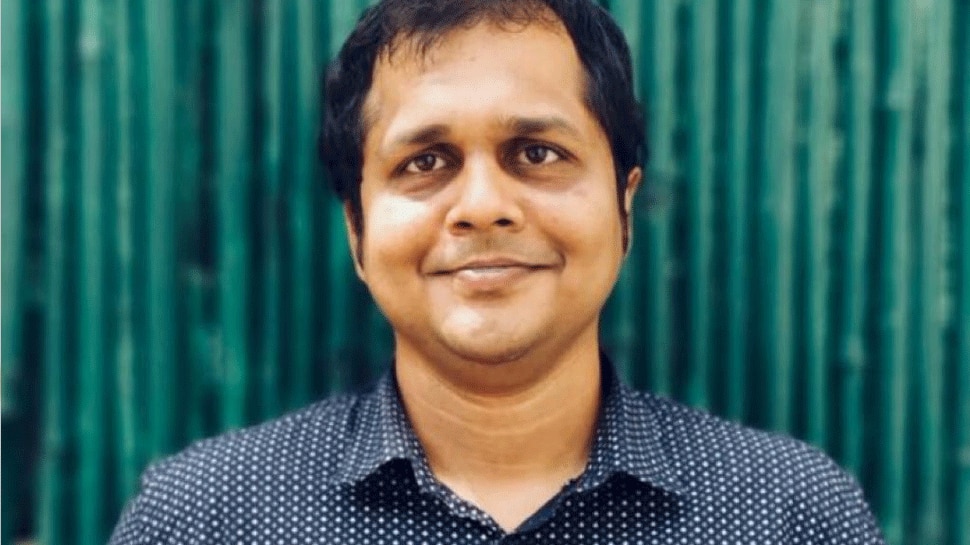 The hatred of Rahul and his party has come out of the Congress conspiracy to stop the Bhoomi Poojan of Ram temple. Rahul Gandhi himself has told the public that the Janeu worn by him was only a political stunt and he has no faith in Hinduism or Hinduism. The Congress has always been accused of being anti-Hindu, but the way its leader made the rounds of temples in the Lok Sabha elections, he gave rise to the belief that the Congress is changing. But the latest episode proved that ‘perception’ wrong and made it clear again that the Congress has ten crooked faces, who show their true and kutting colors about Hindutva from time to time.

The Congress has a problem with the Bhoomi Pujan of the Ram temple during the Corona period, but not by the statements of its leaders who are warning of ‘sacrifice’ even in lockdown. Madhya Pradesh Congress MLA Arif Masood has warned the administration that even if there is a lockdown, we will continue to sacrifice on Eid. Not only Masood, many other Congress leaders are also worried about ‘Eid’ more than Corona. Rahul That shows that Gandhi and think this Congress is that Corona makes religion targeted at people. That is, people who are engaged in Bhoomi Poojan can fall prey to the virus, infect others, but those who have gathered for Eid have been given special ‘protection’ by God. Neither they will own anything nor will they let others happen. While the figures of Corona in Bhopal are telling the opposite.

Due to this politics of Muslim appeasement, the Congress has reached the brink of collapse today, but despite this, it does not want to improve. The public has once again seen the real face of Rahul Gandhi and his party. The face that differentiates people on the basis of ‘caste-religion’, the face which Hindus have always seen as alien, the face for which Hinduism does not matter and the face which hated by putting pawns like Gokhale in front Does the trick. Well, in the election, the people will surely answer this ‘trick’ of the Congress, as it has been giving for some time and it will probably prove to be the last nail in the coffin of this anti-Hindu party.
His advisors have always had a problem with the first family of the Congress. Although there are advisors around every powerful man and also give all the wrong advice, but to accept many such advice with the Gandhi family has proved to be a historical and never forgetting mistake.

Nehru ji’s imposition of 370 in Kashmir on the advice of Sheikh Abdullah and one day jailed for years on charges of conspiring with America, bringing Hindu Code bill but forgetting not to bring uniform civil code, history is not forgotten now and Congress today Till is paying its price. The way Indira Gandhi imposed emergency at the behest of some people, the Congress is also suffering to this day. Advices like the Shahbano episode and sending peace forces to Sri Lanka stained Rajiv Gandhi forever and paid the price.

In the case of Hindus, these mistakes have always been made by the Congress, under the indirect rule of Sonia Gandhi, advisors like Chidambaram and Digvijay Singh coined the slogan of Hindu terrorism, this angered the Hindu vote bank. Digvijay Singh accused the Sangh for the 26/11 attack, who benefited from it and who was harmed? Even now, despite the court’s decision on the Ram temple, people playing in Rahul Gandhi’s lap are bent on making a tomb of Rahul’s political career.

Saket Gokhale has been a journalist in the Financial Times, he is also disputed on all useless issues. Saket may have left the new Shigufa to stop the Bhoomi Pujan thinking that this will upset the BJP and Modi. But Saket Gokhale did not understand that now it is no longer the issue of Modi and BJP, but has become a public issue. Now it will mean that there will be a message across the world to the Ram devotees that Rahul Gandhi through his special people wants to keep his leg constantly stuck in this sacred work.

Imagine the Hindus, who were roaming the temple to find them, had also got their gotra, started wearing dhoti in the temples, the Congressmen had brought them to their place of birth. Will they obstruct the Bhoomi Poojan of the Center through the court? How will Hindus take it, will they ever forgive Rahul? Has Rahul ever thought? On which the Supreme Court gave its verdict, the decision on which the Congress also expressed happiness, that the Congress is taking credit for opening the locks of Ram Janmabhoomi, will Rahul Gandhi’s people be involved in the worship of his land? But this could not happen.

Digvijay Singh, Mani Shankar Iyer, Sanjay Jha and Saket Gokhale are all such Congressmen who, due to their blatant statements and antics, degrade the Congress and the Gandhi family. Many times they advise Rahul to vomit and many times they do something without discussing Rahul, to get in the eyes of Rahul. Saket Gokhale also does the same thing, to appease Rahul, he once raised 22 lakh rupees from online campaign to deal with the so-called hate mongering of BJP. Now, in the Bhoomi Poojan, petitioning the Allahabad High Court has been filed, asking for the citation of Kovid Guidelines, it is not known whether they have even taken permission from Congress or Rahul Gandhi for this matter.

The Congress which has been taking credit for opening the lock of Ram Janmabhoomi, what will it take with the Hindus now? Is Rahul also making a historical mistake by keeping silence or supporting this demand of Saket Gokhale, which was done by Nehruji on 370 and Hindu Code Bill, Indira Gandhi on Emergency and Rajiv Gandhi on Shahbano? The question is, will anyone put a curse in the Congress on these newly fledged leaders who are trying to give historical dent to the Congress by making uproarious actions to make themselves shine?